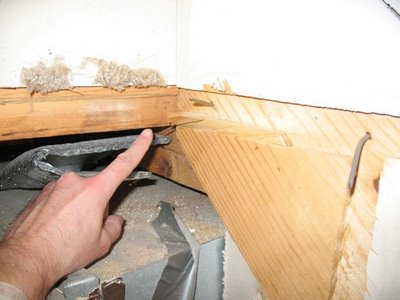 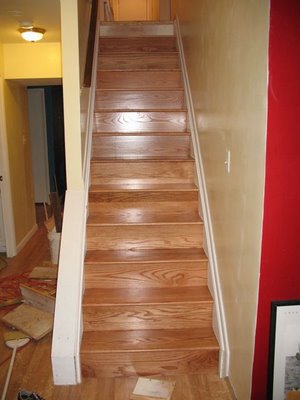 Wow, those stairs do look awesome. is there some carpet/tread to be put in place on the steps though? I've seen wooden steps be slick in socks, or if you shoes are damp.

They're a little slick, but I think they'll stay as is.